On September 17, 2020 CCINS held its Annual General Meeting. Due to the concern for members brought about by COVID-19 and restrictions to social gatherings, this AGM was held virtually.

Every year following the CCI-NS AGM, a mini seminar is put on. This year, the AGM was part of the seminar. As more and more condominium corporations are considering holding their own AGMs virtually, CCI NS decided to use their AGM as an example of how to run a virtual AGM.

The evening began with Tom Birchall, CCI-NS Secretary providing an introduction to the concept of a virtual AGM and things to consider when planning to hold any meeting virtually. Attendees then participated in the CCI-NS AGM, where Devon Cassidy, in the role of chair and Tom Birchall, in the role of moderator, led the CCI-NS AGM. Once the business of the meeting was completed, and the AGM adjourned, there was a recap session held, where attendees could ask questions and discuss the virtual AGM.

The AGM was well attended and ran smoothly, considering that for many of the attendees and Board it was a new experience. The ability to combine education with the business of CCI-NS was a great learning opportunity for everyone. 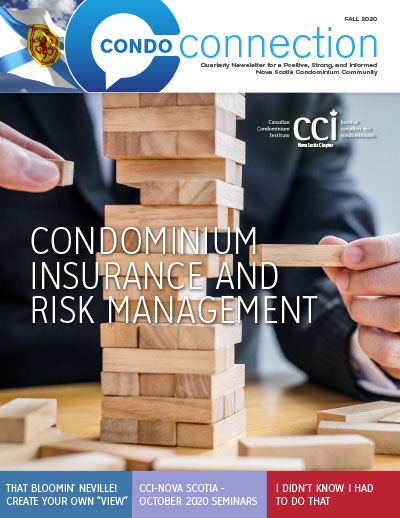